Do Panels Have to Reside on the Roof?

How to Choose a Reliable Solar Outdoor Light System 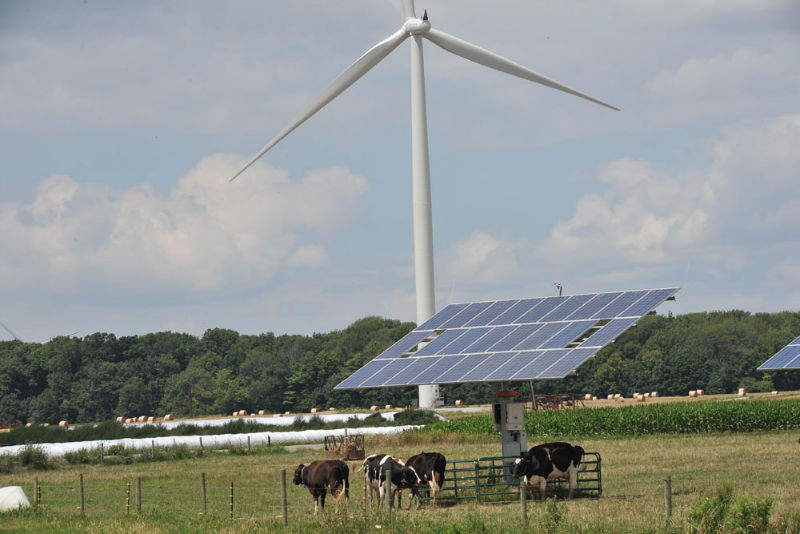 Adding solar power to your commercial property or residence usually entails mounting panels on top of your roof in order to maximize exposure to sunlight. Although this is an out-of-the-way locale, does it have to be a rooftop addition? Not necessarily. Mounting panels on the roof is more for your own convenience while providing as much power as possible. If they don't have to be on the roof, then why are they?

On any given property, you want to maximize as much space as possible in order to get the most out of your home. Mounting panels to your roof is a way of maximizing that space. Since you're not really going to use your rooftop for anything other than protection from the elements, it's a logical place to install solar panels. While you can install panels at ground level in an open field, those panels will interfere with any future plans you have for that specific allotment of space.

What gives the solar panel its power is the intense light from the sun. If something were to provide shade coverage on the panel itself, the power it produces would be greatly decreased. By mounting panels on rooftops, they have less of a chance to be covered by shadows from a variety of objects.

Although tall nearby trees can still pose a problem in order to generate power, the rooftop can nearly remove the human element altogether. If you have an open field that has no objects nearby to cast a shadow on the panels, they will produce the same power as if they were on the roof.

Could it be easier to install a panel on the roof than it would be in an open field? That depends on the stage of the installation. While it may be more dangerous to shimmy around on a roof as opposed to a ground-level array, tying the power into the infrastructure could be considerably more hectic. If the panels are on the roof, a line can be simply dropped from the array to the circuit breaker and/or power inverter.

If the installation was in a nearby field, conduits would have to be installed from the solar panels to the home before tying into the circuits. This conduit could be exceptionally long if your panels had to be installed in a distant location from the house in order to maximize solar collection.

Although storms can wreak havoc on a roof, more damage can be caused to the structure at ground levels. Installing the panels at ground level subject them to the human element. Any number of things could happen to them caused by accidents. Storms could blow debris into the array, floods could damage the brackets and panels themselves, equipment such as lawnmowers and/or farming equipment could take them out and the mayhem of children are all factors to consider for ground-based developments.

Although you can install solar panels at ground level, it may not be practical according to your personal situation or surroundings. As they are expensive to replace, it may be better to side with the suggestions of the installer when he or she is determining the placement of your array.

How to Choose a Reliable Solar Outdoor Light System

How LED Lights Proved to be Energy Efficient