For me, the best way to convey the benefits of LED lighting is with numbers. Imagine your favorite department store, which is probably open from early morning to late at night. Or maybe it’s even open 24 hours a day. Now, look up. Yes, that’s a lot of lights.

Commercial spaces—like large department stores—can be energy suckers, with a considerable amount of energy being used to light indoor and outdoor spaces. With some being open nearly all day/every day, energy usage can accumulate quickly. Parking lot lights, ceiling lights, freezer and display lights. You need to see it, they need to illuminate it.

Using a Cost Per Watt Chart we can do some quick math and get an accurate estimate of the savings that LEDs offer. 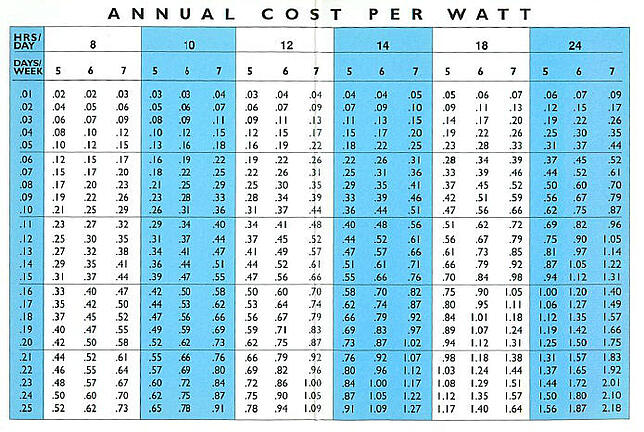 A large department store uses 300 250w metal-halide high bay fixtures to light the interior of the store. For only one hour, the store uses 75,000 watts exclusively on these fixtures. By replacing the existing fixtures with 400 24w LED high bays, the store would only use 10,000 watts. If the store has the lights on every day for 14 hours, this is a difference of nearly $50,000 a year in energy costs (at $0.15/watt)—only on these lights!

A miscellaneous benefit of LED lighting for commercial use is that they do not attract insects. Bugs are attracted to ultraviolet light and most LED bulbs do not emit this type of light. I am sure we all have sat outside at night and watched hundreds of bugs fly around a streetlight. What if a business had some late-night outdoor dining in the summer, without LED lighting there would be bugs buzzing around everyone’s food. But enter LED lighting, no bugs, and a great outdoor meal on a summer night.

This lack of UV rays also keeps meat fresher and does less harm to paintings on the wall.

With decreasing prices and incentives from energy companies, LED lighting has become the ideal energy-efficient solution for commercial lighting. Unlike outdated lighting technology, LEDs use a higher percentage of electricity for generating light instead of waste heat. And unlike CFLs, they don’t contain mercury or toxic substances. Most LEDs can last over 60,000 hours, and the newest LED modules have a life of over 90,000 hours. To put it simply, LEDs last a lot longer while using only a fraction of the watts that other types of lighting use. And the cherry on top? They have superior lighting quality and result in a huge return on investment.

If you want to see an instant drop in your company’s electricity bill, do some quick math and figure out home much it will cost you to make the transition to LED lights. Then figure out how many months your payback period will take. Probably after six months to a year you will be experiencing some serious return on investment.  For environmentally-friendly companies, and those interested in reducing costs, investing in energy-efficient LED lighting has become the obvious answer.

Dr. Edison Bulb has worked in the lighting industry for over 30 years. His areas of expertise include commercial and sports lighting. He was an early adopter of LED lighting technology and has been an advocate for the transition to green energy solutions. Dr. Bulb has worked hard to become employed as a blogger on the topics of LED questions and exciting LED applications at Access Fixtures. He finds balance in his life by researching sear engine optimization and being an avid fan of the NBA and professional tennis.