Solar and LED lighting are the perfect combination, kind of like milk and cookies. They work well with each other while complimenting their best attributes. Why do they work so well together? Well here are a few reasons.

The old standard of using CFL or other types of lamps in solar lighting applications always needed a converter of some sort to run the light. This caused a loss in power and the solar had to make up for it by being larger and having extra battery storage. Since LEDs run directly from DC power, there is no need for a converter or extra power to make up for the loss. This means that the solar can operate more efficiently while providing better lighting at a lower wattage. Best of all, LEDs provide the best lumen per watt ratio.

LEDs provide a better light output and can meet any part of the lighting spectrum from bright blue-white to soft warm glow of incandescent lamps. They also come in a variety of colors for other applications such as landscape, decorative, or mood lighting. As LEDs have advanced, the bright blue hue that used to be seen with most LEDs has now been eliminated and white light is what is left. Most LED fixtures still have a range from 3k to 5k in color allowing for a warmer light if required.

The bright white of LEDs provides a better CRI (color rendition index) and provides better sight at night. As LEDs can match the CRI of the sun, looking under a solar LED streetlight would not be much different than looking at the same thing during the day. This is better for security and puts less strain on the eye. Less strain means that people who have to work or drive at night will be less tired.

LEDs use a fraction of the power needed for one incandescent lamp and a third less power than compact fluorescent lamps. The lower power consumption provides better light patterns for the same size solar power system, which in turn lowers the cost due to fewer poles needing to be installed.

It can also allow for a much lower wattage lamp to be used in place of a higher wattage, less efficient lamp. For example, most signs would use a 150-200 Watt incandescent or so; however, we now typically light most signs by a single 15-25 Watt LED, sometimes even lower wattages are use. Same goes with overhead lighting, we are now using a range from 20 – 70 Watts with the LEDs instead of 150-400 Watt lights.

Solar lasts 25+ years, why do you want to go change your lamp out every couple years? Metal halide, LPS, HPS, even compact fluorescent lamps need to be changed out quite often. LEDs provide 20+ years of life expectancy and make a solar lighting system practically maintenance free.

Solar provides power for applications without using any other source of energy other than the sun, and LEDs use that energy to provide lighting. How perfect is that! LEDs also use no mercury or other hazardous materials making them safe to recycle when they eventually go out.

What other ways do you think solar and LEDs work well together? Leave your ideas below and we can update again.

Editor's Note: This post was originally published in December 2011 and has been completely revamped and updated for accuracy and comprehensiveness. 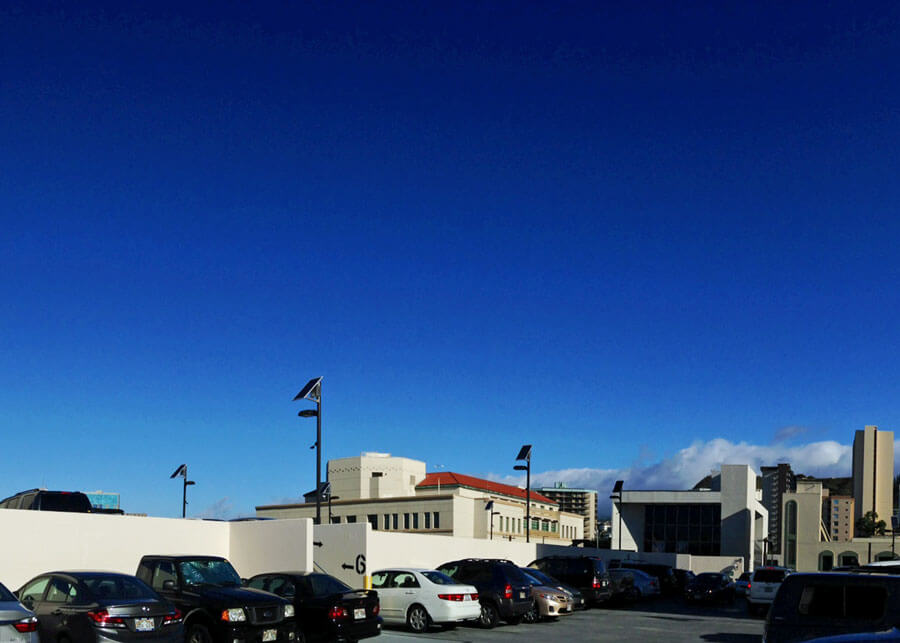 Solar parking lot lighting systems provide a great alternative to standard grid powered lighting systems since they require no trenching for installation, use zero energy, have no monthly bills,

As the solar lighting industry has evolved over the last decade or two, there has been many advances and setbacks that have happened. There are many expectations of where the industry should be and