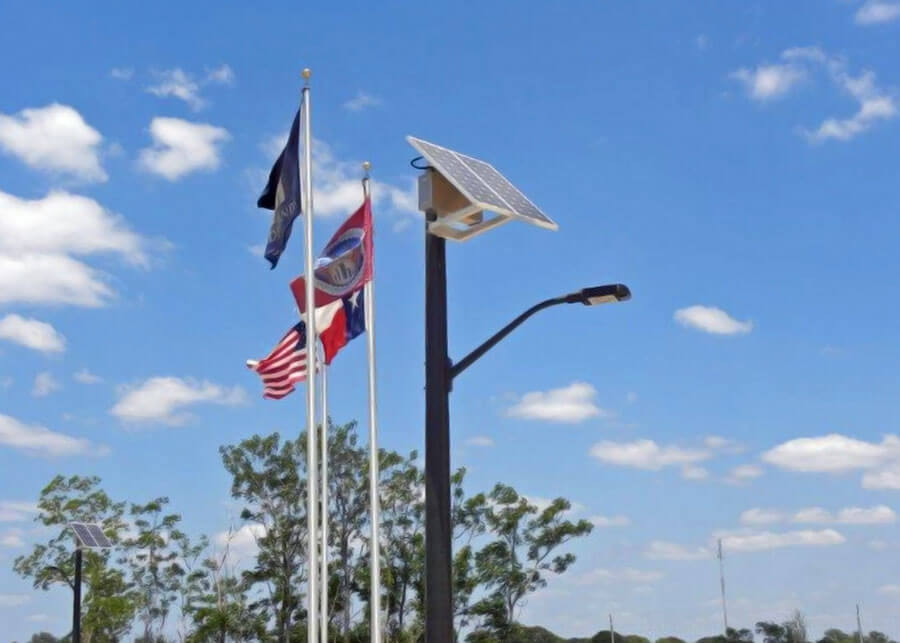 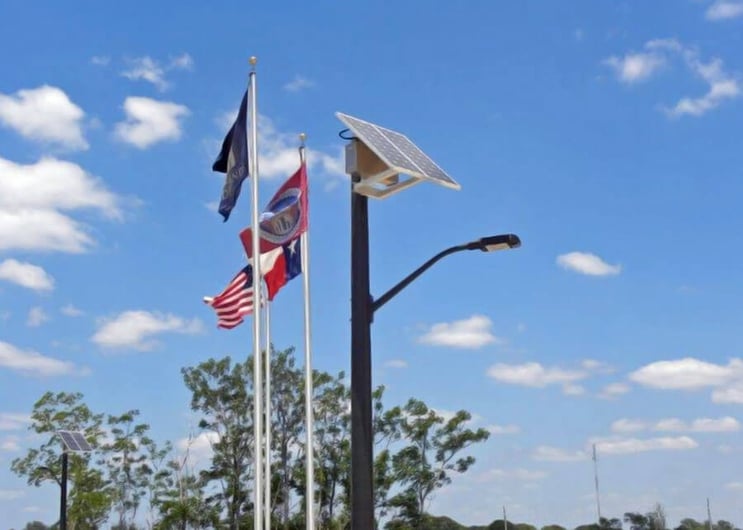 Solar power was discovered in 1839; however, the sun has been around a whole lot longer…a few billion years or so. The solar industry has been growing slowly for the last 20 years and has finally decided to boom with costs reducing at an amazing rate. This is making the many different solar industries become more competitive with their standard electric competitors.

Solar panels have become more efficient over the years. New panels are smaller while providing more power than their larger predecessors. We are now seeing new panel modules with an efficiency rating exceeding 22%. These panels are also becoming less costly to produce, less expensive to purchase, and lasting much longer. New panels have a life span of 25 years or more and cost a fraction of what they did 10 years ago.

LED technology has added to this efficiency to make solar powered lighting one of the most sustainable lighting sources other than the sun. LEDs have increased in life, lumens, and are evolving as quickly as the solar industry has in the last couple of years. Lower wattage fixtures are able to provide much more light than ever before and are lasting 22 years or more. LEDs are also perfect for solar lighting applications since the LEDs themselves operate more efficiently off DC power than requiring converters for AC power.

Finally, battery efficiency has increased; there is no worry about lights running out of power after only a couple hours. Most commercially manufactured solar lights automatically come with a battery backup to provide extra days of energy storage. New battery technology is constantly being worked on and efficiencies of battery technology should catch up to the panels and LEDs in the coming years.

Standard electric grid lights use non-renewable energy to make them operate. These include CO2 generating coal, oil, or natural gas, as well as nuclear power which has its own set of benefits and issues. Solar is an environmentally friendly option for providing the power for the lights.

The solar provides power when the sun is out and feeds the power to a couple sources, either the grid for grid tied systems or to a battery for off grid systems. This power is either then utilized immediately or stored for future use when there is no sun. Off grid solar lights do the latter, store the power provided throughout the day and operate at night off the stored power.

Look to the Government for Incentives

The US Government, along with many other countries, has been providing incentives to utilize renewable energy. They provide tax incentives as well as grant money to help with the purchase of systems including solar lighting systems. Information on these incentives can be found online at www.dsireusa.org and www.energy.gov/savings. State and local incentives are also located on both websites. Even some local power companies provide incentives to install solar power both for your home, business, and lighting. This not only saves you money in the initial phase of the project, but also provides an almost immediate ROI.

Solar lights provide great lighting for years with no maintenance. As stated, solar panels are rated for over 25 years of life expectancy, LED’s are now lasting 15 to 25 years, and batteries last longer and are becoming more efficient. Once you install the lights, there really is very little to do unlike old style HPS, LPS, MH and other types of lights. The solar panel acts as the photocell with the control electronics, removing one of the most failed pieces of traditional lighting systems.

The ability to reinstall the lights is also great for contractors who require temporary lighting. Large systems can be dismantled, new foundations poured, and reinstalled in a new location. We do not suggest taking a solar lighting system sized for FL and move it to NY, but if the lights are moving around the same area, the sizing should be fine.

So next time you ask yourself if going solar is worth it, think back to this and check all your options. Solar powered lights having become more efficient over the last 10 years and have drastically dropped in cost, are practically free after the initial purchase and installation and produce no harmful pollutants to the environment. The upfront cost of solar lighting can easily be paid back within the first couple years of operation, even on the larger systems, and incentives provided by Federal, State and Local Governments can provide an even faster return on investment.

Editor's Note: This post was originally published in September 2012 and has been completely revamped and updated for accuracy and comprehensiveness.