Renewable Energy and The Industrial Revolution

The Industrial Revolution was a time full of changes. These changes occurred in agriculture, textile and metal manufacture, transportation, economic policies, and social structure. It changed and helped so many different industries throughout the world. It also was responsible for technological changes and advances that increased production, efficiency, and profits. There is no telling where we would be today without the developments that occurred during the Industrial Revolution.

But this series isn't about the Industrial Revolution as it is an alternative way of looking at things.

What if inventors looked at renewable innovations instead of the way that they had developed?

What if, instead of developing coal mines, they developed solar farms?

What if more people had learned how to organically farm on their own land instead of increasing farm production to meet the needs of a vast population?

I'm not saying the developments were in any way terrible (I mean, they kinda were in some ways), but what if, in some alternate universe, the production of renewable energy was developed before the implementation of coal, oil, and nuclear power? Where would our world be today?

Would we still be looking at a global catastrophe such as the global warming crisis we are currently facing?

Or would the world have been a more socially responsible and eco-friendly place? 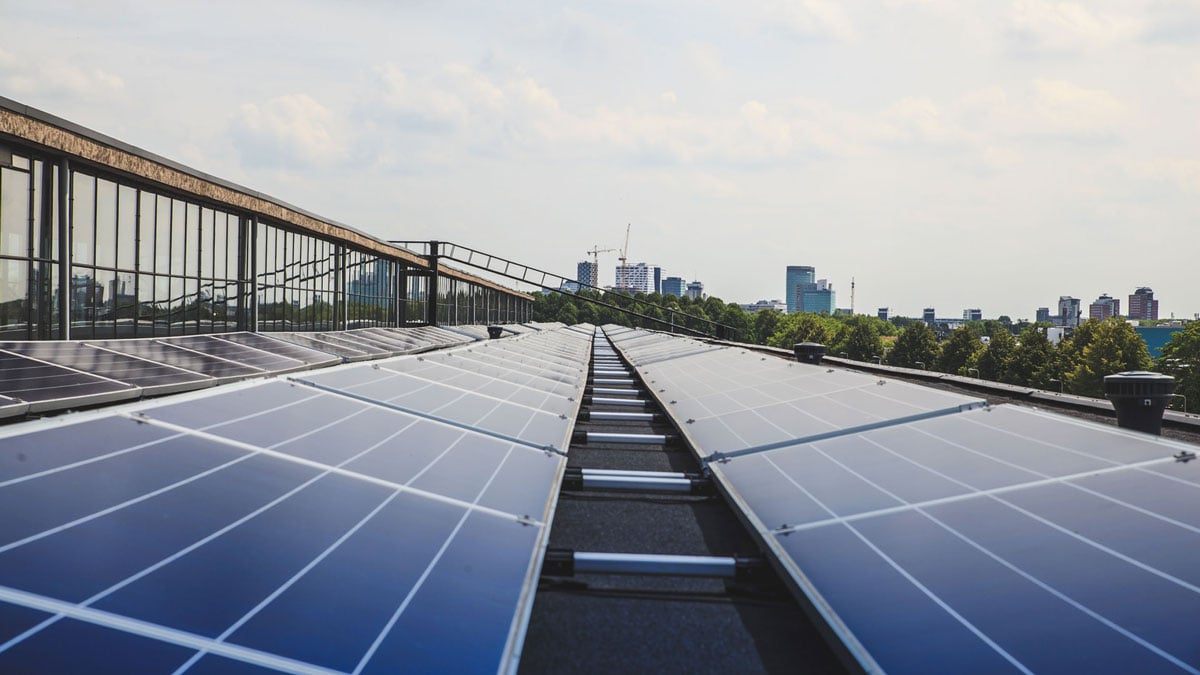 A bit of a late start, but Alexandre Becquerel discovered the photovoltaic effect in 1839. This was followed by Aleksandr Stoletov developing the first solar cell that was later patented by Melvin Severy 60 years after the process had been discovered.

What if Alexandre had kept working on advancing the photovoltaic process and figured out how to create solar cells?

Figuring out how to implement the solar cell to generate electricity would have improved the quality of life for homeowners and businesses due to the renewable aspects of solar energy. And look, no need for power companies to feed electricity to buildings.

Around the same time, Humphry Davy worked on the first electric light and developed the electric battery. Wow, light for the buildings and batteries for the storage of the energy. Thomas Edison got the light bulb correct by finding a filament that did not burn up and had a life span.

So before the end of the Industrial Revolution, we had an idea and a good start on solar power, light sources, and batteries for backup. If this was implemented instead of coal power, I wonder how the world would look today.

Would you see solar implemented on every roof as a standard? Or would it be the roof like the solar shingles that are being developed and implemented today? Would efficiency be the norm instead of what everyone is trying to upgrade to? What do you think the world would look like?

Another thing to take into consideration is alternating current (AC) versus direct current (DC). DC is produced by solar energy and batteries. AC is primarily used to power our homes and buildings; however, almost everything requires a DC converter to operate. So next time you plug something in, look for a tiny box and see if it has a DC converter on the line. You might be amazed at how many items we have today operate off DC instead of AC. 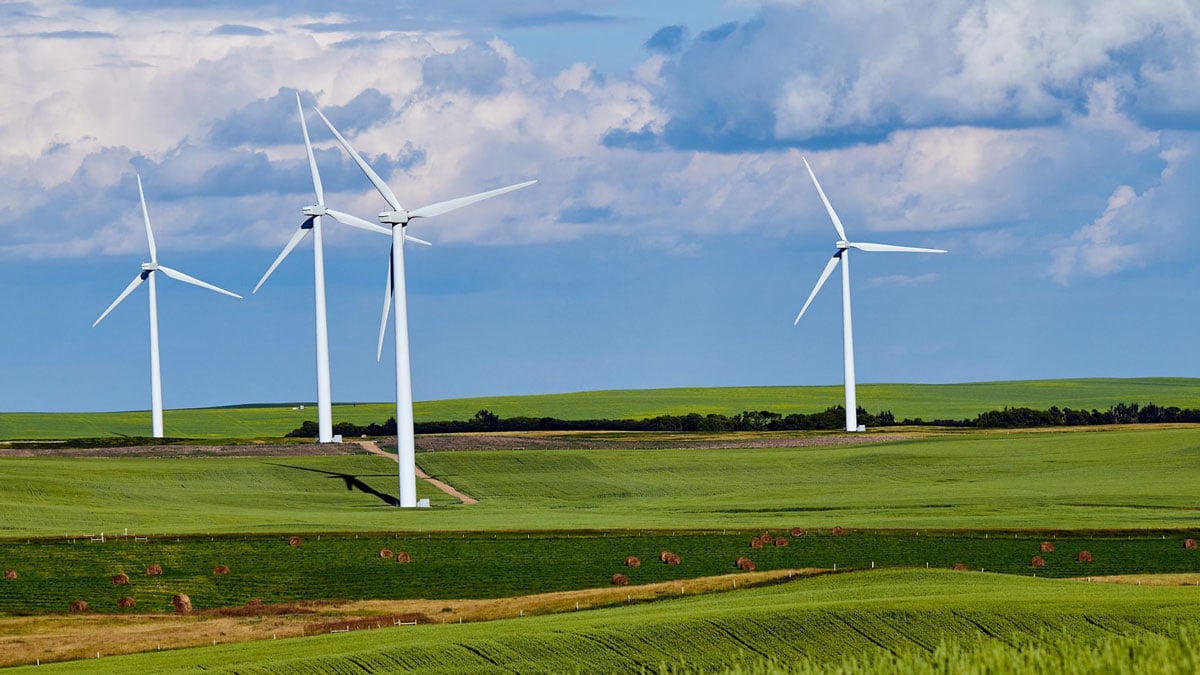 Wind energy is one of the most used sources of renewable energy worldwide. As a result, wind farms are starting to pop up all over. These wind systems use turbine blades to capture the kinetic energy in the wind. When the blades turn, it spins a shaft that leads to the rotor to a generator. This generator turns the rotational energy into electricity.

Windmills have been used to help production since 500-900 AD, but these were not used to produce electricity but to crush grain and pump water. As a result, electric generation didn't start being produced by windmills till much later.

Charles F. Brush figured this out in 1888. He built the first large windmill used to generate electricity and it was the first windmill to incorporate a step-up gearbox to turn a direct current generator. This windmill produced 12 kilowatts of electricity.

In 1891 Dane Poul La Cour developed the first electrical output wind machine and produced 25 kilowatts of electricity. During WWI, these units were used throughout Denmark. By the 1920s, both fan and sail type rotors had been developed but were insufficient for generating predictable amounts of electricity.

The development pretty much had a standstill during the 1930s and 1940s for a couple of reasons: the great depression and the demand for more power. But what if we kept working and striving for more out of the windmills? What if we pushed forward? Would every large piece of land have a slew of windmills? Would we have developed smaller windmills to generate electricity for homes and businesses?

Modern wind power systems started to become more developed in 1979, and wind power generators today are becoming more popular by the day. The ability to produce megawatts of power from a single source is amazing, with all the power being fed directly back into the grid for everyone to use. But what if we figured this out 100+ years ago? 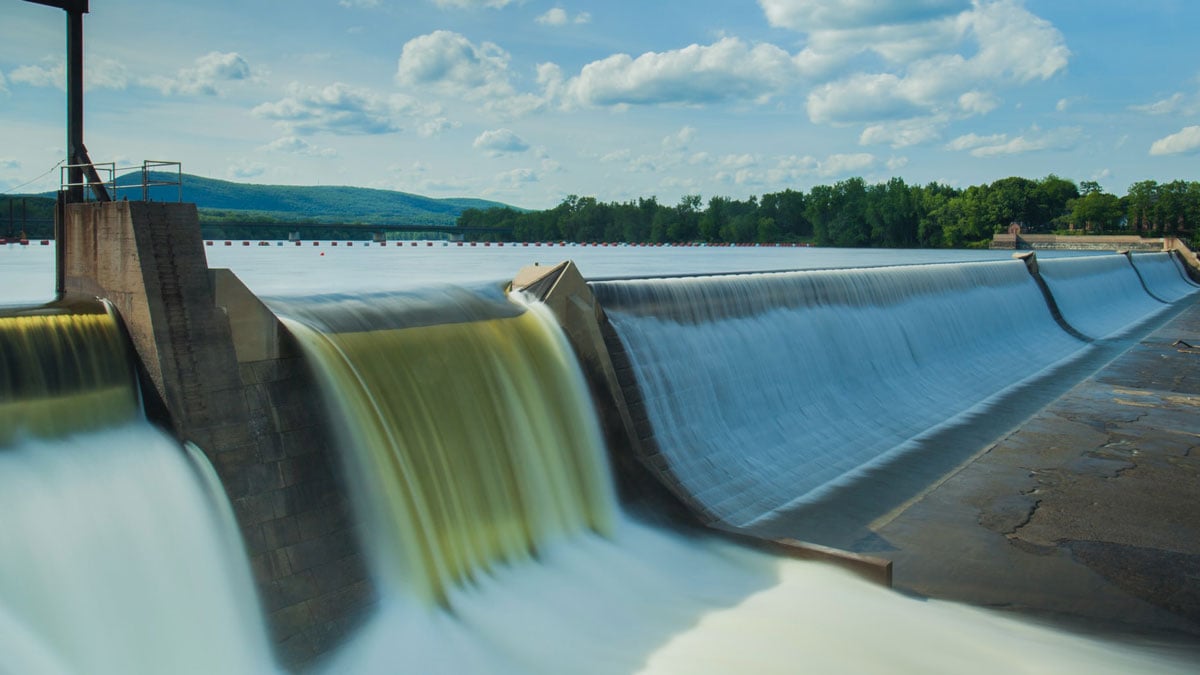 Hydropower has been used for many centuries for many different applications, including milling, moving water, irrigation, etc., but in 1878 the first hydroelectric power generator was developed by William George Armstrong. By 1881 the Schoelkopf Power Station No. 1 near Niagara Falls started to produce power, followed by the Edison hydroelectric power plant in 1882. The development of hydroelectric power began to take off.

There is a downside to hydroelectric power generation. There can be great damage to ecosystems and land areas around a dam. Siltation can cause a dam to fail, and the flow shortage due to drought can cause the amount of water available to be less than normal, causing a lower power generation. Then you have methane gasses that are released in tropical areas, having to relocate those who live in the projected area of development and failures that can occur.

So, during the industrial revolution, hydroelectricity was developed and put into place, but maybe not in the best of ways. But what if we had taken it to the next level? What if we had found ways to maximize the power output so that other forms of power generation weren't needed? Or what if we had learned how to generate electricity earlier than the late 1800s? Or made it safer, so the issues involved in hydroelectric power aren't as great or even exist at all?

Would tidal power be in use in more areas? I think so. The tides move all around the world, so no coastal area would be without power.

What about rivers? We may have been able to develop safer and smaller forms of power generators that could reside within the ecosystem instead of taking over the area and changing the river's flow.

Bioenergy was first discovered to be able to be used for combustible engines in 1826 by Samuel Morey. He used readily available alcohol to power the engines, but due to the popularity of steam engines and lack of funding, his work on using alcohol was pushed back.

Also, with the onset of high taxes during the Civil War on alcohol, alcohol use was drastically reduced as a source of energy and light. It wasn't till the mid to late 1900s that the use of alcohol and the production of other biofuels started to take off.

What if Samuel Morey had the funding needed to pursue the combustible engine idea further with alcohol? What if other biofuels were discovered in 1826 due to his experimentations and work? Would we still be using oil and gas to power our vehicles and other machines?

What about using bioproducts? Typical plastics are made from oil but can also be made from bio-based sources as well. Maybe if Samuel Morey or someone else had worked towards expanding bio-based products during the Industrial Revolution, the use of oil for fuel and making of products wouldn't be so high. On the other hand, we may not be using them at all. What do you think?

So this is just an exercise in thought and showing a different way to look at the world around you. This isn't meant to be taken seriously, but it shows how we could have been in a very different place today if we had focused on a different way of development.

The Invention of the Light Bulb

Wind Energy: The Path To Creating A Cleaner Earth

How Solar Street Lights are Used to Improve Security