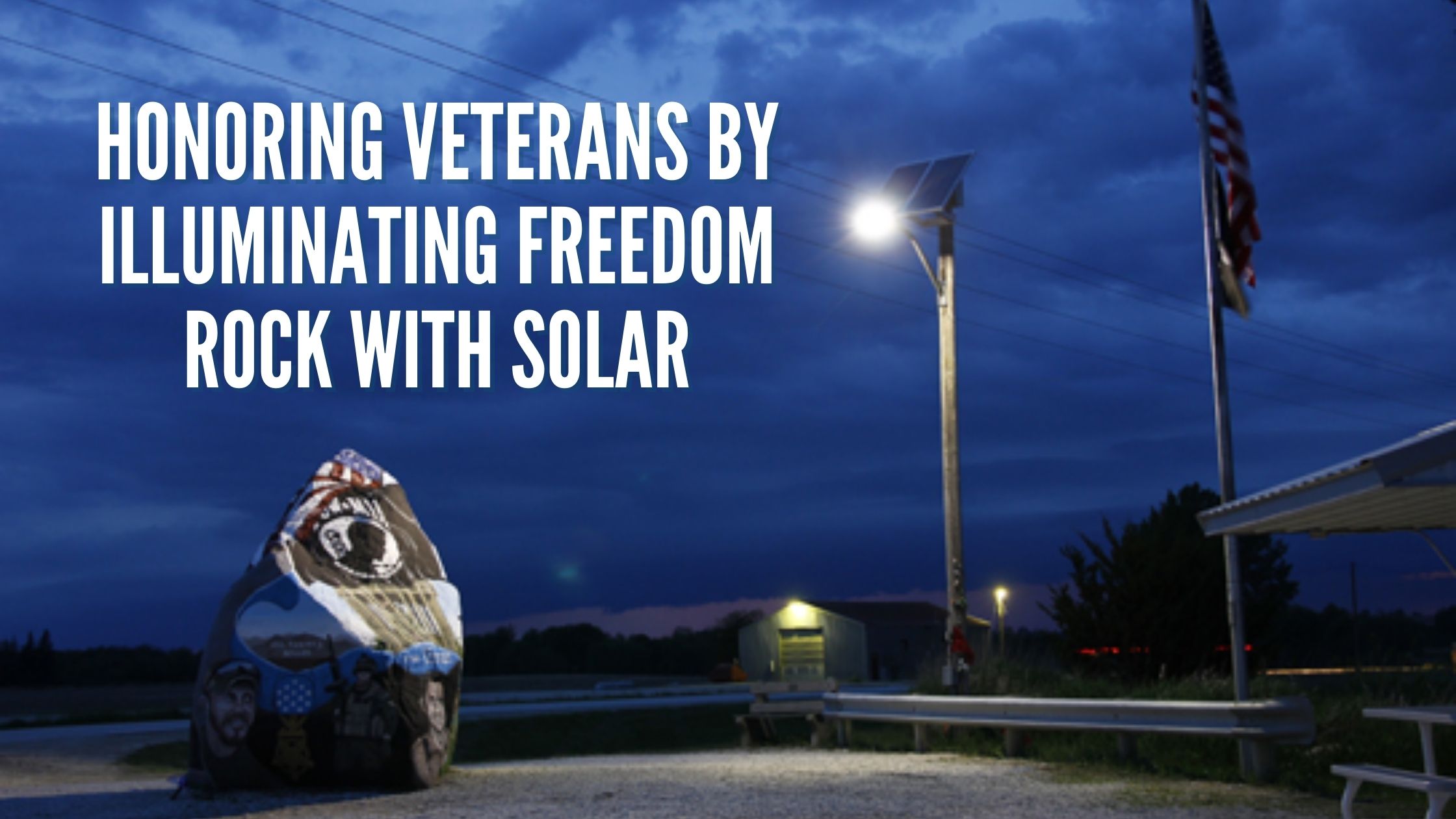 Recently, SEPCO took part in supplying Eagle Scout David S. with solar lighting for a project he did for his local Eagle Scout troop in Greenfield Iowa. Out on Hwy 25 stands an old graffiti rock that artist Ray “Bubba” Sorensen began to paint yearly since 1999 on Memorial Day each year. Sorensen paints the rock with his own money along with donations and sales of Freedom Rock merchandise.

The purpose of this rock is to pay respect and thank U.S. veterans and their families for their service and sacrifice to our country. Over the years word of the rock spread and it has become a popular site for tourists and most notably veterans to visit each year. Looking through previous years' images of the rock it is amazing that one person is responsible for such a beautiful sight.

Last year David contacted SEPCO with his idea to relight the rock using solar lighting versus the single mercury vapor light that was failing.

The old light did not do the rock much justice and was dim and needed to be replaced. The rock is visited both day and night primarily by motorcyclists traveling the road.

Lighting at night of the rock is very important so the failing light needed to be replaced. After meeting with the local co-op that manages the fixture, David was given the go-ahead to start his project, the co-op even volunteering to install the new equipment once it arrives.

David’s project was recently finished and shortly after the install storms rolled in putting the lighting to the test from the first day. The light is working great and has been a great new addition to the Freedom Rock, SEPCO is proud to be a part of this project.

This has brought more attention to solar lighting in the area prompting others to inquire about what we can do for them. We are glad we can help light the earth one solar light at a time. Want to know more about how we can assist you with your next area lighting project? Contact our sales department for a quote. Or you can find out more about what goes into producing a reliable solar lighting system by downloading the design guide below.

Why a Minimum of Five Days Autonomy is Important for Solar