How Solar and LED Lighting is a Perfect Combination 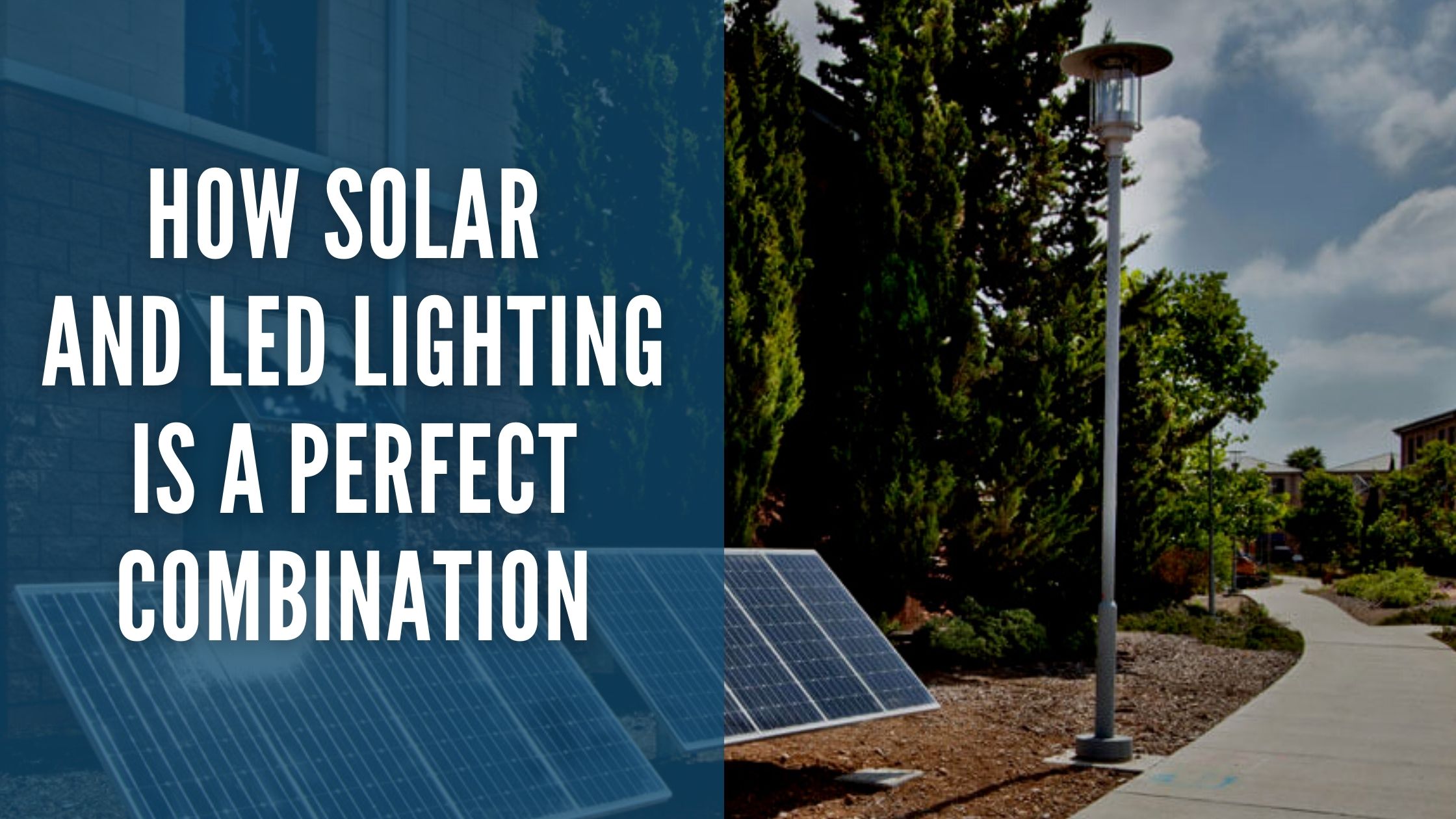 Just like milk and cookies, solar power and LED lighting are a perfect combination. They work well with each other while complimenting their best attributes. Let’s look at a few reasons as to why they work so well together and how they can be used to provide the perfect solution for many lighting applications.

Older types of lighting such as CFLs, LPS, HPS, and metal halide work with solar to an extent; however, a converter or ballast is usually required to make the light operational. This causes a loss in power, and the solar has to make up for this power loss, requiring an even larger solar panel and battery storage system.

On the other hand, LEDs operate natively on DC power, which is produced by solar panels and available naturally with the battery's output. Moreover, since the LEDs run directly from the DC power, a converter or extra power is not required. This allows the solar to operate more efficiently and allows for better lighting at a lower wattage. Best of all, LEDs provide the best Lumen per Watt ratio and use optics and distribution patterns for task-specific lighting.

LEDs have a much better light output and produce much better lighting with a larger range of colors, from a soft, warm glow to bright white light. LEDs also provide a range of colors for other applications such as landscape, decorative, or mood lighting. In addition, as LEDs have advanced, the blue-white hue that used to be seen with most LEDs has now been eliminated, and white light is all that is left.

Most applications use a light output of around 3K to 5K in color. Lights in the 5K color range seem to be most used for high-security areas or areas where visibility is important. LEDs in the 4K color range have close to the 5K output, unlike in the past, and are softer on the eyes without losing much visibility. Finally, lights in the 3K color range tend to be best for areas such as parks, boat ramps, and similar applications that don’t require bright white light for visibility purposes.

As mentioned above, the bright white LEDs provide a better CRI (color rendition index) and provide much better sight at night. As this output matches the sign's color, the visibility of the area illuminated by LEDs is similar to what you would see during the day. This light output provides better security as you can see more details and colors in an area. It also puts less strain on the eye when trying to discern one object from another.

Better visibility also provides benefits to people driving at night. Since the light mimics daylight, it can trick the brain into thinking it isn’t the middle of the night. Also, obstacles and the random animal trying to cross the road will be more easily spotted while further out, lowering the number of accidents on the road caused by lack of visibility. So an increase in visibility provides many benefits for people in an area.

Better visibility also means that many remote areas would benefit from installing lighting; however, access to traditional electricity may not be available. Instead, solar can allow for these installations without the need to trench the electricity to these remote areas. No more getting lost in remote areas trying to figure out where you are or where to go next.

LEDs use a fraction of the power needed for one incandescent lamp and a half to a third less power than compact fluorescent lamps. The lower power consumption allows for more light output at the same wattage or reduced power consumption for the same amount of light previously produced. This means that the same or smaller solar power assembly would be required for the same installation, or fewer poles could be used by having a higher light output.

It can also allow for a much lower wattage lamp to be used in place of higher wattage, less efficient lamp. For example, most signs would use a 150-200 Watt incandescent; however, we now typically light most signs with a single 15-50 Watt LED; sometimes, even lower wattages are used. The same goes with overhead lighting; we are now using a range from 20 – 70 Watts with LEDs instead of 150-400 Watt lights.

The lower power consumption allows for more solar installations. Solar power isn’t as infinite as you would think and instead still has many limitations. Solar is designed to meet the power requirements of the fixture installed in a specific geographic area operating for a specific timeframe. The higher the wattage, the more solar is required, especially in northern climates. Reducing the power requirement allows more solar applications to be installed in northern areas and higher outputs in all areas.

The life expectancy of a well-built solar panel is well over 25 years, with only a 20% power generation loss during this time. This doesn’t mean that the solar panels stop working but are much less efficient than when they are originally manufactured. This means that your solar will continue to work, but it is time to start thinking about reducing the load a bit more at this time.

LEDs have a lifespan of 50K-100K hours, up to 22 years, with a 12 hour per night operation on average. This means that the fixture can last as long as the warranty on your panels. Once this time has passed, you could feasibly change out your fixture for a more efficient, lower wattage LED fixture (who knows where the efficiencies will be in 20 years) and possibly even get another 20 years out of your system.

Don’t forget that this increase on both sides means that there is less maintenance required. In addition, this lowers the costs of the overall system since now only periodic and not yearly maintenance will be needed.

When you think environmentally friendly, solar is always one of the first thoughts. Solar provides power for applications without using any other source of energy other than the sun. Solar can either be used to feed the grid to provide power for many applications or be used as a grid-free energy source for lighting or power projects.

Well, there you have it. Those are our thoughts on why solar and LEDs are the perfect combination. What other ways do you think solar and LEDs work well together? Leave your ideas below, and we can update again.

Planning and Budgeting For Your Commercial Solar Lighting Project