How will solar energy be used 20 years from now? 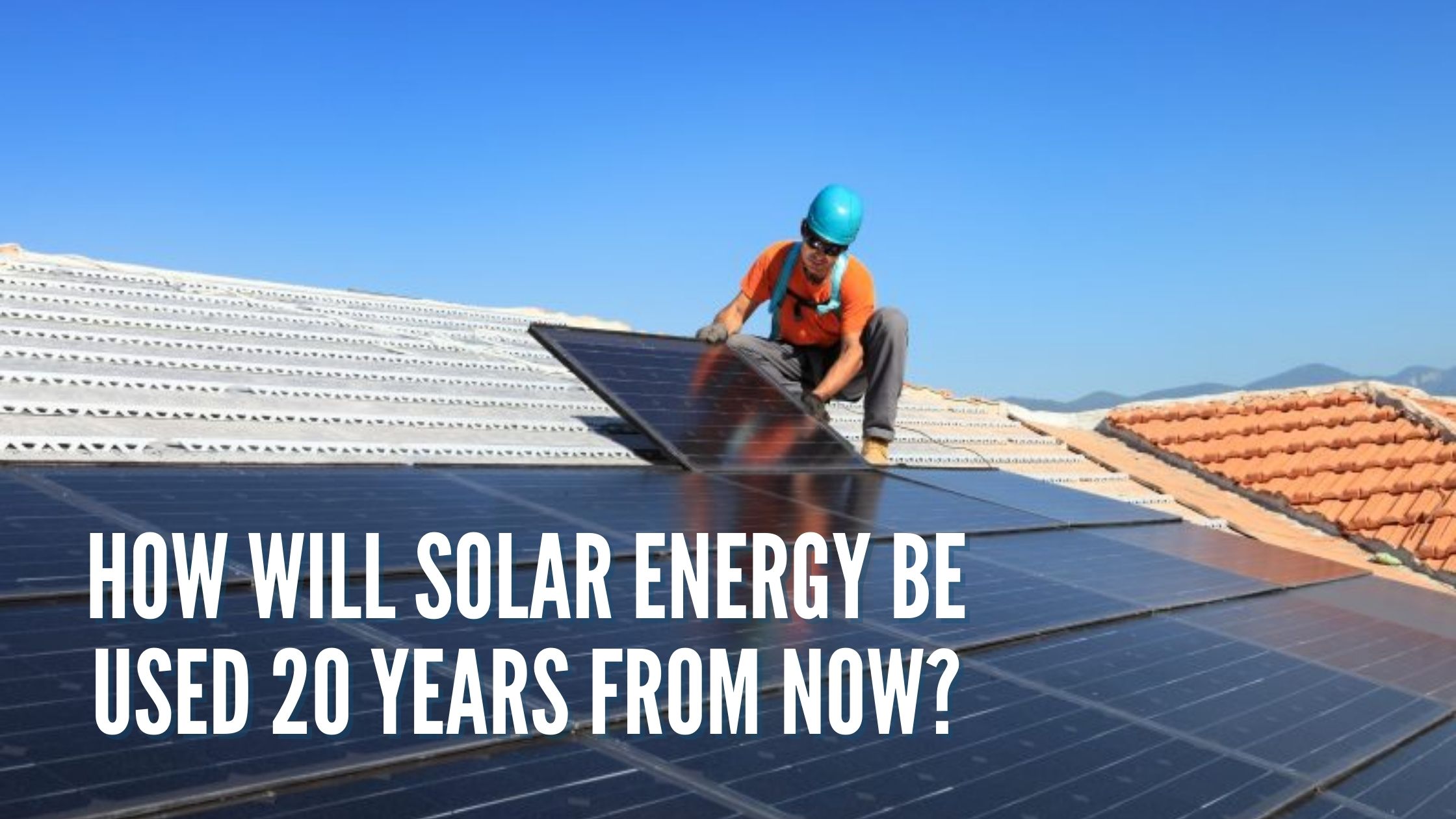 The future is always hard to predict. But by tracing current trends in energy use, the solar energy industry, and scientific research into the future, we can pull back the curtain just a bit to steal a glimpse of what solar power might look like in 2038.

Solar panels of tomorrow might look very different from the ones we use today. Researchers at Michigan State University have developed transparent solar panels that could be applied to just about anything. The researchers have suggested that their clear solar panels could be affixed to vehicles, buildings, windows, and even mobile phones.

While solar power accounts for less than two percent of all U.S. electricity generation today, if these transparent solar panels were installed on every glass surface in the country – some five to seven billion square meters – they could produce up to 40 percent of America’s electricity.

At only five percent efficiency, the panels are far less efficient than traditional solar panels, which operate with an average efficiency rate of around 15 percent. But the technology is still in its infancy and will only improve in the coming decades.

Another solar product that will move the industry away from the current crop of blue and black panels is the solar shingle. Viewed from the street, solar shingles look like regular roof shingles. But each solar shingle contains a solar cell, and when they’re linked in series, the shingles can generate as much energy as a solar panel setup of equivalent size.

The materials that go into solar panels will also change. Manufacturers of cell phones, laptops, electric vehicles, and cordless power tools all rely on the same constellation of rare earth elements that solar panel makers do. Global reserves of these materials continue to dwindle, and scientists have long urged companies that produce high-tech gadgets to find replacements (like iron pyrite or zinc) and improve their metal recycling and recovery systems. Some companies have responded proactively: Apple, for instance, recovered over a ton of gold from discarded iPhones, iPads, and other products it collected in 2015. But a truly robust solar panel recycling infrastructure is still on the horizon.

Use of solar power will expand dramatically

As the fight against climate change accelerates, so too will demand for sources of renewable energy. Solar power will play a major role in mitigating climate change around the world.

Globally, solar energy accounts for just 1 percent of electricity production, but that figure is expected to rise to 16 percent by 2050. Analysts have suggested that while rooftop solar will increase, the most important expansion of solar energy will occur at the utility scale, which could reach the multi-terawatt level (equal to several trillion watts) by mid-century.

Most exciting of all, solar will spread to developing countries in the form of microgrids － decentralized electricity production setups that provide power for a limited area like a village, neighborhood, or a group of neighborhoods. Solar microgrids are an ideal pathway to electrification for rural communities in Africa, Southeast Asia, and elsewhere in the developing world where the electric utilities often find it too expensive to connect far-flung hamlets to the grid. 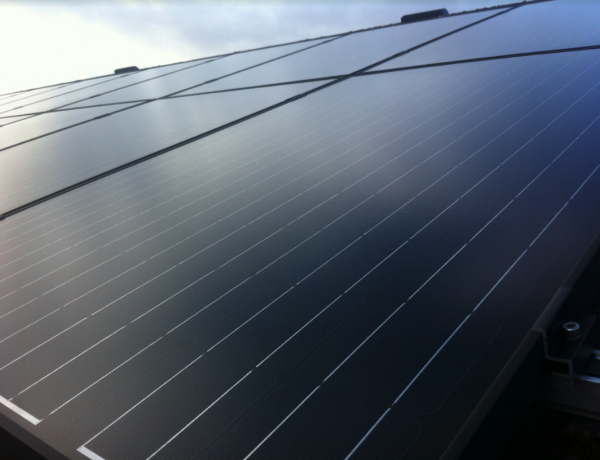 Solar technology will be better

To facilitate this expansion, government subsidies for the solar industry will become increasingly generous. Solar manufacturers will need these grants to invest in research and development that could improve solar panels’ stability, efficiency, and ease of manufacture. These advances will ensure that solar remains both affordable and efficient.

The primary improvements will come from the use of new materials in the solar cells. For instance, instead of crystalline silicon, solar cells will probably be made using perovskite, a mineral discovered in the 19th century. Perovskite has only been used in solar applications since 2009, but it holds exciting possibilities. It’s easier to manufacture a solar cell using perovskite than it is to manufacture one of crystalline silicon, and perovskite cells can channel photons more efficiently than silicon cells. While perovskite is not yet as durable as silicon, future advances will likely change that.

But with or without perovskite, efficiency rates will also continue to creep up just as they have for several years. While today’s average panel efficiency rate hovers around 15 percent, analysts predict that by 2027, most premium solar panels will be at least 25 percent efficient. If that trend continues into the following decade, the average high-end panel in 2038 would be over 30 percent efficient.

Solar will be cheaper than ever

Economies of scale and reductions in the material costs will lead to even further declines in the price of solar energy. In almost every area of the solar energy industry, costs continue to decline. In 2012, for instance, installation costs for fixed-tilt utility-scale systems were $1.93 per watt. But last year, they cost less than $0.90 per watt. Residential costs have also been dropping steadily: in 2010, they cost about $7 per watt, but five years later they cost just $4 per watt, a 43 percent decline. And between the first quarter of 2017 and the first quarter of 2016, costs for residential systems declined around 6 percent.

Analysts predict that prices will drop by an average of 27 percent globally between 2017 and 2022. By then, utility-scale solar installations will cost less than coal-fired power plants in all developed economies. Indeed, in many places around the world (including some places in the U.S.) solar energy has already achieved grid parity – that is, the cost of solar energy is at or below the cost of purchasing energy from the grid.

The downward trend in costs across the industry is due not only to improvements in solar manufacturing, but also to generous financial incentives and the steady increase in solar installations.

China will continue to lead the world in solar production

Much of China’s advantage has to do with its large reserves of rare earth elements like tellurium and indium that are crucial to the production of solar panels. Even though its reserves of these metals are running low, China is heavily invested in research and development of solar technology, and will likely turn to substitutes or tap new reserves in Africa or elsewhere before 2038.

China will likely maintain its position of solar supremacy over the next two decades, and is expected to contribute 28 percent of all investment in power generation by 2040. Chinese-made solar panels tend to be both inexpensive and high in quality, and some of the larger Chinese solar companies are even attracting foreign investment.

The U.S., meanwhile, is moving in the opposite direction. Although the U.S. solar industry is currently growing 17 times faster than the rest of the economy, the generous investment tax credit is set to drop from 30 to 26 percent in 2020, then to 22 percent in 2021 before disappearing entirely in 2022. Tariffs on foreign panel makers also look increasingly likely. According to one analysis, if the Trump administration introduces tariffs, the American solar industry could lose an estimated 88,000 jobs, and installations would drop to just one-third of their normal level.

About the Author: Kyle Pennell is the Content Manager at PowerScout -- we help homeowners figure out if installing solar is right for them and get competitive bids from multiple installers. Our long-term mission is to accelerate the adoption of solar (and other smart home improvements), which will help mitigate climate change.

How to Choose a Solar Street Light Manufacturer