Are LED Lights Bad For Your Health? And Other Myths Debunked 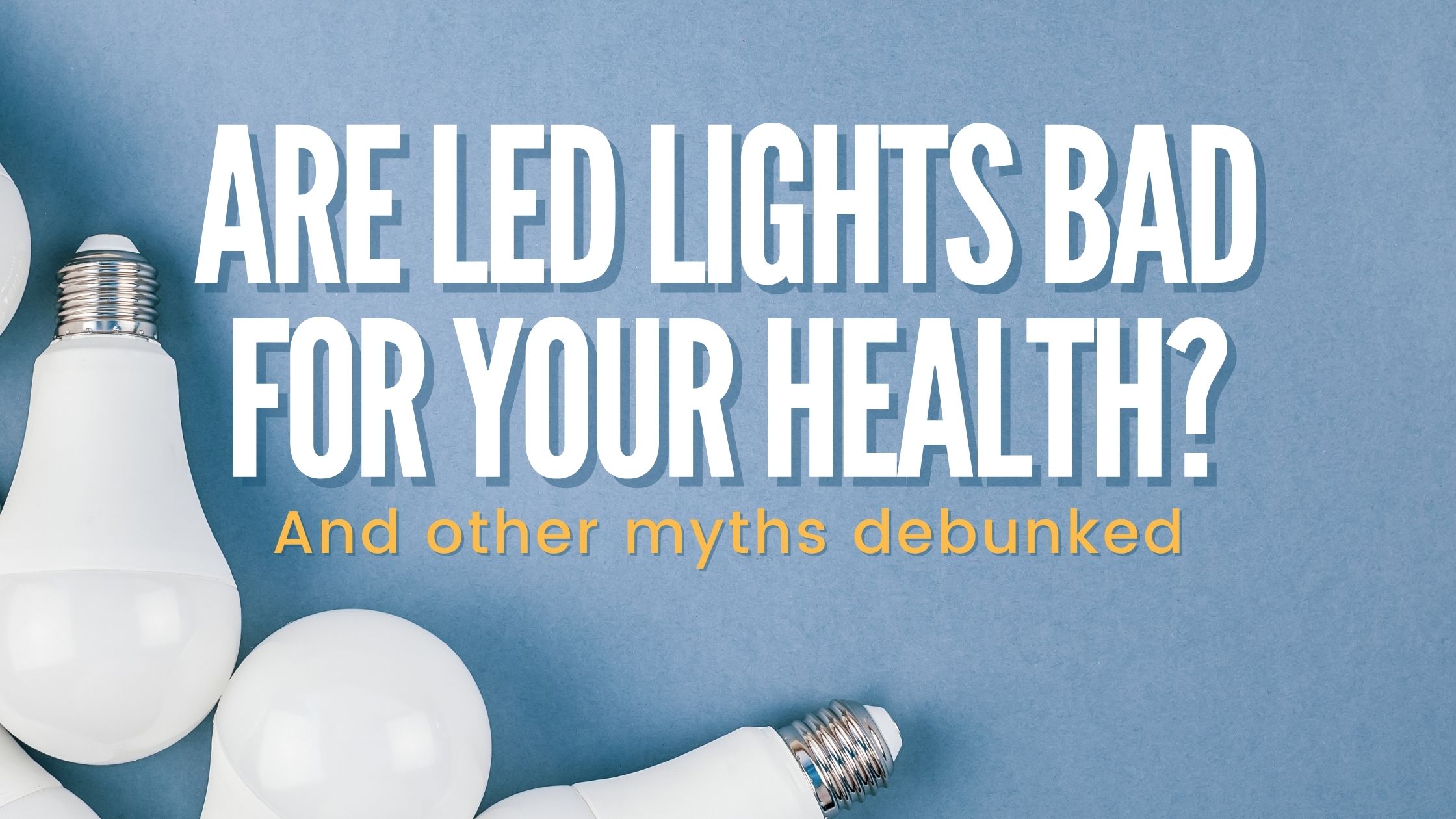 There are a lot of negative rumors swirling about LED lights. Some claim that these lights have numerous ill effects despite evidence that says otherwise. In fact, modern LED lights are safe and energy-efficient. An LED light can be 90% more energy efficient than an incandescent light bulb according to this report by the European Commission.

Here are some of the most common supposed harmful effects of LED lights.

Any kind of light source, regardless of whether it’s an LED light or not, will affect your circadian rhythm. If you’re spending hours at night scrolling through their social media unable to sleep, it’s likely your feed that’s negatively impacting your sleep instead of the LED light. It’s up to you to ensure your bedtime routine is optimal for high-quality sleep. This includes turning off your phone hours before your bedtime as well as keeping your room dark and at an ideal temperature.

LED lights do contain blue light, which is found naturally in sunlight. While the blue light used by LEDs does suggest to our brain that it’s time to be awake, simply turning them off and reducing your exposure will resolve the problem. If you continuously watch Netflix on your LED screen TV late at night, chances are your brain will assume it should be awake. Ultimately, your sleeping patterns are determined by your habits not LEDs.

LED Lights Are Harmful To Your Eyes

This is probably the most common myth about LED lights. The brightness of LEDs leads some people to assume that they’re harmful to your eyes. In reality, the light produced by LED lights is equally as safe for your eyes as other lightbulbs.

This is not to say that one should spend hours staring at an LED light. LED lights contain blue light which is the same light that the sun emits. In the same way, you wouldn’t stay stare at the sun for too long, you probably shouldn’t stare at any light source, including LED lights, for longer than you need to.

Studies found that the light from LED screens in phones, tablets, laptops, and TVs is less than 10% of the maximum safe amount to prevent injury to your retina. This means that LED lights when used normally, pose no danger to the human eye.

Unlike fluorescent lights which contain mercury, LED lights are not made of any toxic materials that are detrimental to your health. Moreover, LED lights emit little to no infrared in comparison to other traditional light sources. Overexposure to infrared could be potentially toxic for your health, but further studies are needed to confirm this.

While LED lights from trustworthy manufacturers such as Hubbell do not contain harmful substances, purchasing an LED light from less reputable sources could be risky.

Some are hesitant to use LED lights because they fear the radiation it emits. In truth, the amount of radiation you are exposed to while using LED lights is nothing compared to the radiation produced by the sun.

Yes, LED lights do flicker. However, the flicker occurs at such a fast rate that it’s not susceptible to the human eye. Despite this, many people claim that the flicker of LED lights causes headaches and seizures. In the same way that those with any sensitivity or pre-existing conditions shouldn’t stare at other light sources, they should also not stare at an LED light.

Those hesitating to use LED lights due to the myths listed above should consider their benefits for the environment, their efficiency, and their durability. LED lights are the most environmentally friendly option for anyone concerned about sustainability.

They are more energy-efficient than traditional incandescent light bulbs. LED lights also last longer which means they result in less waste. This means that using LED lights reduces your carbon footprint as well as your contribution to the global waste problem.

Another advantage of using LED lights is their variety and lack of heat. Unlike more traditional light sources, LED emitters are cool and do not emit heat. Not only are LED lights the more budget-friendly option, but they are also the most eco-friendly option.

Jenny Williams is a business analyst and writer at Last minute writing and Coursework writing services. She writes about products for Gum Essays blog.