Renewable energy, especially solar, requires the energy produced to be used immediately or stored for a later time. Battery storage plays an absolutely critical role in all off-grid solar power and lighting systems. In essence, all the energy produced by the solar array must be stored for use when the sun is no longer out and is stored in deep cycle gel batteries with a SEPCO solar system, which in turn provides on-demand power to the light fixture or electronic device (ex. security camera, wi-fi, meter, etc.)

One of the most common mistakes that many companies in the industry make is designing a system with insufficient battery storage (i.e. anything less than 4x’s the daily load requirement). This leaves people in the dark and will invariably wreak havoc on a system in two ways or less if not properly sized.

First and foremost, the system will fail under bad weather conditions (not a matter of IF the bad weather conditions occur, but WHEN!) simply because cloudy weather significantly reduces the solar array’s energy production capacity. With less energy stored in the batteries each day, combined with a constant load amount, it’s only a matter of time before insufficient backup battery power storage is depleted, thus causing the system to fail. 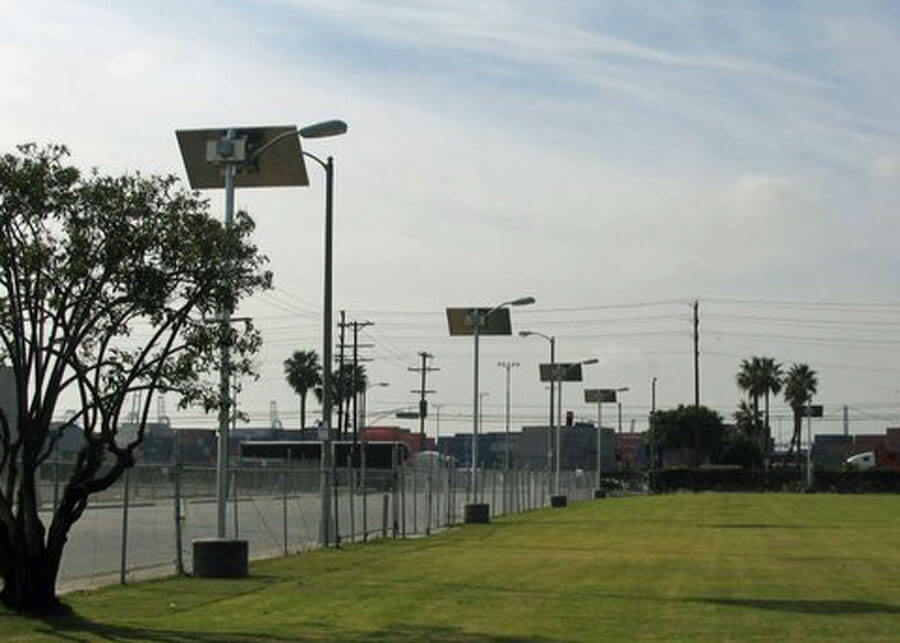 A high depth of discharge significantly reduces the overall life expectancy of the batteries to the point where instead of changing the batteries every 5 to 7 years, the system owner will be forced to change the batteries every 2 to 4 years. The additional battery changes cause higher maintenance costs and will leave the customer in the dark and with a bad taste in their mouth for solar systems.

At SEPCO, every solar lighting system we design has a minimum of 5 times daily load requirement. This is increased to 7 to 10 times (or even more) daily load requirement in geographic areas with very low solar insolation like Northeast and Northwest US. Not only does this ensure ultra-reliable year-round system performance, but also provides a robust, cost-effective 5 to 7-year battery life expectancy.

3 Ways to Be Green in Small Spaces