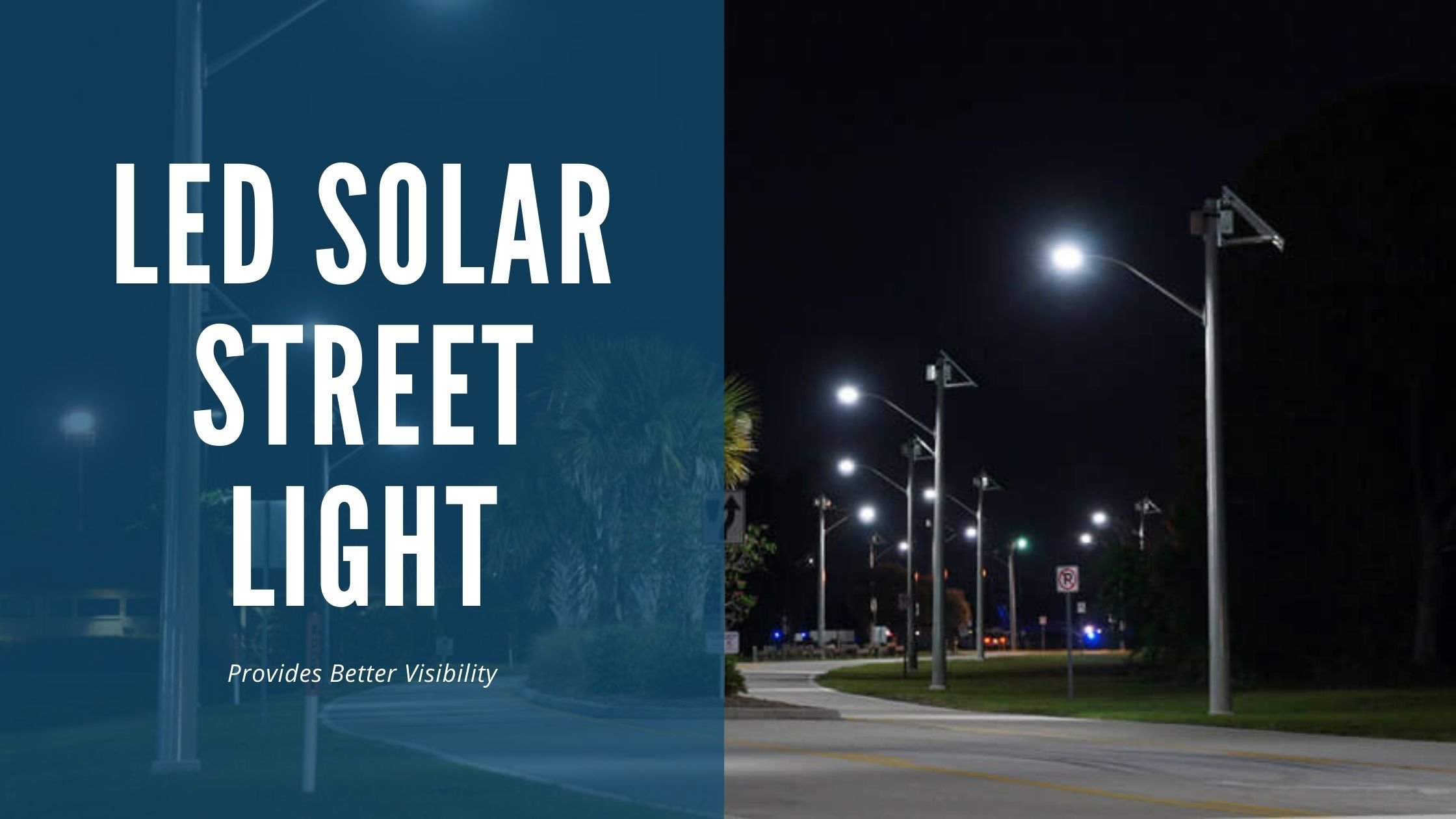 Why Uniformity Is Important For Solar Street Lights

Most street lights installed currently use low-pressure sodium, high-pressure sodium, or metal halide lamps to light up the streets. Not only do these lamps use a ton more electricity than LEDs, but the visibility is also much lower due to the coloration and intensity of the light. Instead, consider making the switch to LEDs as they will not only significantly reduce your energy bill but also provide a much brighter and cleaner light to improve the visibility and safety of travelers Here is an overview of the variations of HPS and LED streetlights.

LEDs consume very little energy as they provide more efficient lighting with less power consumption. The Lumen per Watt is way higher than the old-style lights you see installed. This means that more power is used to generate light and not wasted in heat output.

Old-style lights provide a high lumen output at the expense of the energy it uses. For example, a 150 Watt HPS lamp has a color output of 2K, which is very yellow and makes visibility difficult. It also has a lumen output of 15,000; however, since the lamps aren’t directional, at least half those lumens are lost being directed into the sky or other areas not needed for light. A lot of that energy is wasted and there is a lot of heat produced. Also, the lifespan is only around 24,000 hours, so you need to replace the lamps every five years or so.

A newer LED fixture at 150 Watts produces more lumens, around 20,000; however, that is unnecessary as the light is all directed downwards since directional optics are used with LED fixtures. This means, instead of having to opt for a direct 150 Watt replacement, the installer can opt for around a 55 Watt fixture at 3K to provide better visibility and a much lower energy cost. The lifespan of an LED is around 100K hours, making the replacement requirement about once every 20 years or so.

Using LED lights is a perfect solution for areas looking to lower their energy usage or switch to solar-powered street lights. The cost-effectiveness of LEDs and the reduction of energy with more light definitely make them a win-win in both grid power and solar applications alike.

LEDs also come with a range of lighting spectrum depending on the needs of the area. Most LED lights have a bright white light output that is closer to sunlight than most lights produced today. This allows for better visibility in regards to color, shape, etc. while also creating less strain on the eyes.

LEDs also provide a better lumen output in the lower color, such as a 3K CRI, with most producing over 100 lumens per watt in all color ranges. Since most LEDs developed today have lower blue light, damage to circadian rhythms is being reduced. If the lights are being installed in residential areas, using a 3K light would be better than a 5K light; however, in high-security areas, 5K produces a light closer to that of the sun and allows for better visibility.

Other lighting colors can be used depending on the project. For example, turtle-friendly lights need to be amber in color as the wavelengths of the light are much longer and do not disorient wildlife. The fixtures also need to have hoods or other shields to ensure that the light doesn’t spill over into other areas. Direction LEDs allow for this without the use of shields in many applications and only provide light where it is needed.

Fixtures can also be dark sky compliant, and with aimed optics technology with LEDs, this can be done with ease. This is to reduce the impact on other wildlife, such as migrating birds or bats, as well as not cause light pollution that makes it difficult to see the night sky or allow telescopes to properly see the space around us. This allows LEDs to easily adapt to these changes without major conversions.

Solar and LEDs Work Together Perfectly

Solar and LEDs integrate flawlessly to provide a great solution. As shown above, LEDs can be a replacement for old-style fixtures at around 1/3rd the power requirement and produce around the same light. This means that solar can easily be used in a project where the existing lights need to be replaced.

Sometimes, due to damage to utility lines, solar is used to replace the existing infrastructure. Having this cost-effective solution with LEDs allows the new lights to provide better visibility and lower energy usages to give the new installation an upgrade. Solar can easily fit into a scope where the energy usages are being reduced by the implementation of LED lights and the solar can be sized appropriately. No more need to use a 300 Watt LED to replace the 300 Watt HPS fixture.

LEDs and solar power are also the perfect companions because the DC current that LEDs run on is the very same type of power that solar energy produces. That means that there are fewer power losses from the drivers having to go from alternating current, or AC power, to direct current, or DC power. This additional efficiency allows for even more light to be produced at the same power output.

In the end, LEDs can provide better visibility by offering better light output. They also can provide plenty of other benefits, including a reduction of costs and the ability to easily integrate solar power. Check out some solar street lighting projects to see where LEDs have been implemented along with solar power to have a complete zero energy cost for the next 20 to 30 years.

Why Uniformity Is Important For Solar Street Lights